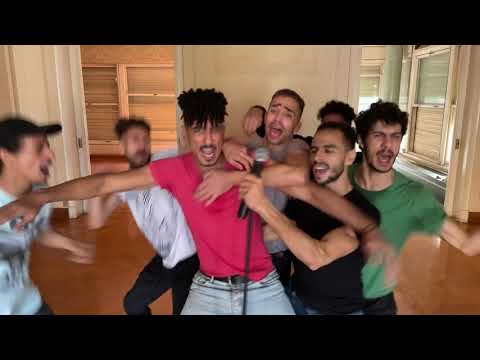 Itmahrag by Olivier Dubois is an incredible artistic and human adventure.

Sharing his life for many years between Paris and Cairo, the choreographer is in touch with the currents of young Egyptian creation, including the Mahraganat or electro chaâbi.

This new musical genre, which appeared in the working-class districts of the capital shortly before the 2011 revolution and means “festivals” in Arabic, is now making the whole Middle East dance: from taxis to weddings, from neighborhood parties to trendy clubs, we go wild on this mix of self-tuned rap and local rhythms.

The result of long-term work with seven performers, Itmahrag (a neologism for "festoyons") carries the ardor and daring of Egyptian youth. It is an incendiary, vital dance, a "dance of fire, of that fire which makes your blood red, which frightens equally, often burns and always warms you" in the words of the choreographer.

A fascinating and radical new work by Olivier Dubois.