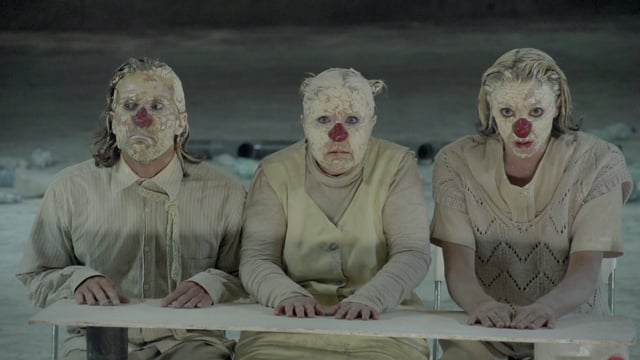 AS PART OF THE CULTURAL HIKING

A disaster has taken place.
Unless it's still going on ...

Welcome to the “zone”, this strange junk kingdom that unleashes the craziest passions of three clowns lost in the midst of chaos. The last survivors of what it would be fashionable to call the end of the world, they are mad, rude, murderous and desperate, because they are the children of an unjust and violent society. Only their red noses still punctuate these spectral silhouettes, whitened from head to toe by a fine dust.

Louis Arene and Lionel Lingelser of the Munstrum theater embrace the theme of disaster with the decidedly comic, iconoclastic and joyful tone of which they have the secret. Accompanied on stage by Sophie Botte and Delphine Cottu, former actress of the Théâtre du Soleil, they summon “A laugh that stands up to despair, the cynicism of the dominant and the rationality that empties our daily life of poetry. To put it better: a political laugh. Revolutionary laughter ”.