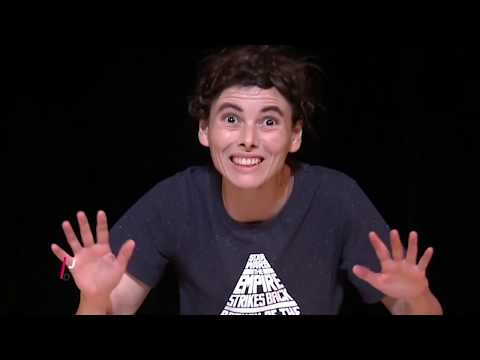 David Lescot slips into the skin of a ten-year-old kid, frightened by his upcoming college entry because "the sixth is absolute horror, downright the apocalypse"! And that’s what spoils her vacation. Besides, his mother couldn't think of anything better than introducing him to a fourteen-year-old neighbor to reassure him. Except that instead of playing down, he adds tons of it.

David Lescot, who drew on the vocabulary of teenagers, takes pleasure in forcing the line. Three actresses embody the young hero of ten years, his plague of little sister (two and a half years) and the teenager who comes to give his advice not to look like a "TPLD" ("you stink of defeat" ) the first day of school.

The result is tender, funny, and of great virtuosity at the same time.

We really like (...) David Lescot's text and staging sparkle with intelligence and humor.

The result is tender, funny, and of great virtuosity at the same time, especially as the three actresses who share the set cast lots for their roles before each performance.

Lescot once again is a memory reactivator, and this time, we laugh out loud.