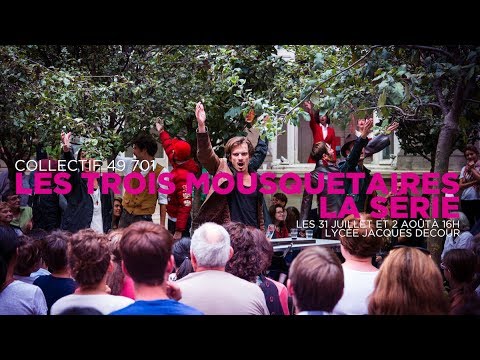 Collectif 49 701 continues and ends this summer a long-term adventure: the adaptation of Dumas' novel, The Three Musketeers, in the form of a theatrical series that has a total of 20 episodes in 6 seasons.

After presenting at the Paris Summer Festival the first cycle of the soap opera, Le Temps de l'Honneur - Seasons 1, 2 and 3 at the Château de Vincennes - they arrive in 2018 with the second, The Time of the Assassins - Seasons 4, 5 and 6.

It will be about manipulations, war, confinement, women, and stories told to get out. Always outside, always fighting, always fighting for an explosive, surprising and moving theater, the musketeers descend into the dark, sulphurous and exciting part of a novel that is not only for children.