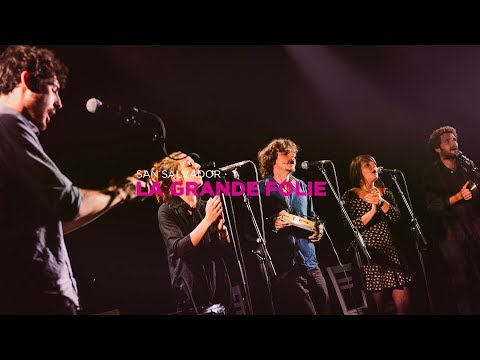 San Salvador is not a concert of exotic folk music...

San Salvador is a radical concert, sang by six voices, twelves hands, one tom and one tambourine. Mixing the energy and the raw poetry of popular music to a sophisticated orchestration, the concert delivers a subtle alchemy of soft and hypnotic vocal harmonies, rhythmed by wild percussions.

Driven by the desire for a universal folklore that would appeal collective fever, the punk choir, established in the French region of Corrèze, sings in mixed languages ​​- French, Occitan - the clamour of a wandering and stateless music.

The result is a festive and dancing ritual, at the crossroads between trance and popular dance : it will set the terrace of the Wanderlust Club on fire!